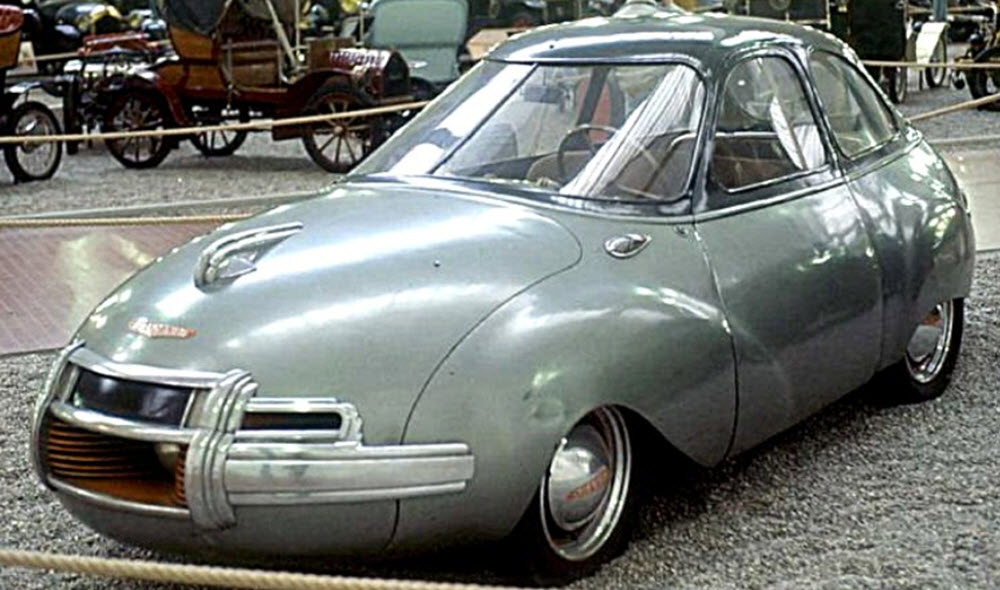 The Dynavia was a concept automobile built by Panhard in 1948 as an aerodynamical experiment designed by Louis Bionier. Assembled in France, this 2-door front-wheel drive car sported an innovative lightweight streamlined Duralinox bodywork.

During World War II, Bionier had developed a keen interest in aerodynamics, studying the shapes and movements of birds and fishes to understand more. He even built scale models of a streamlined 7-passenger car that he called VP6. In 1945, he brought a 1/5 scale model to the wind tunnel at the Institute Aérodynamique in Saint-Cyr to test it.

Only two Dynavias were built:

The experiences with the Dynavia helped convince Paul Panhard to let the company’s in-house designer Louis Bionier design an aerodynamic body for the Panhard Dyna Z, a lightweight motor car of which roughly 140,000 were assembled 1954-1959. 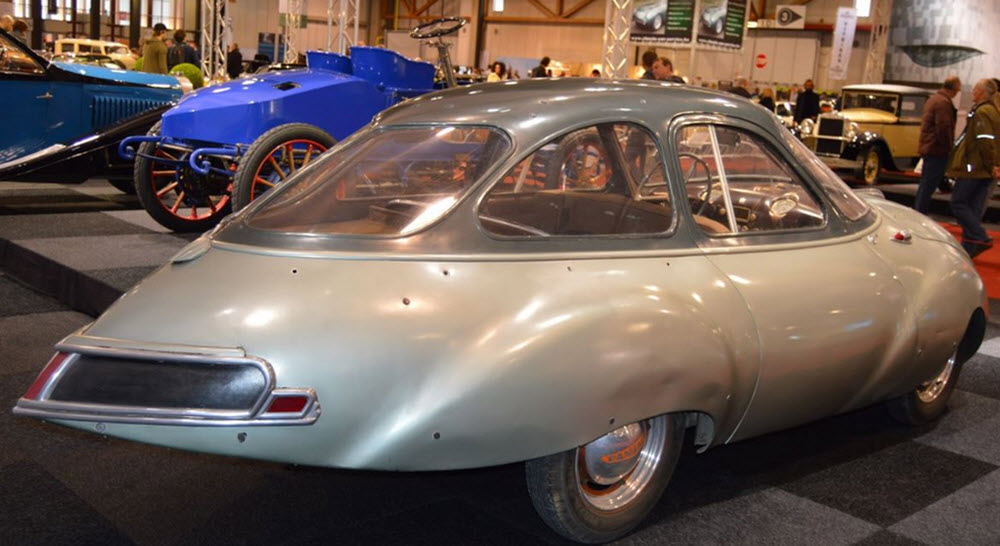 The Dynavia used the Dyna X chassis, upon which a 2-door bodywork made from Duralinox was placed. Duralinox is an extremely lightweight aluminum-magnesium alloy.

The aerodynamics of the Dynavia were so amazing that the drag coefficient stayed at 0.26. This was partly achieved through a narrow body and curving roof-line, which seriously limited the space available for passengers. The car was a four-seater, but the passenger space was not ample.

The Dynavia weighed 650 kg, which wasn’t much but still a bit more than the Dyna X. Thanks to a combination of aerodynamics and low weight, the 28 hp engine could get the car to a top speed of 131 km/h, which was circa 18% faster than what the Dyna X could do with the same drive-train.

A single floodlight sat at the center of the car’s nose, while the headlamps – Cibié “zero dazzle” units – were located in tubes in the fenders, where they projected flat beams through slots.

Drum brakes at both front and rear

Independent suspension on all four corners

As the World War II was drawing to an end, the leaders of Panhard et Levassor realized that things would probably not go back to early 20th century conditions where large and expensive cars dominated the European market. Instead, they foresaw an increased demand for smaller and more affordable cars.