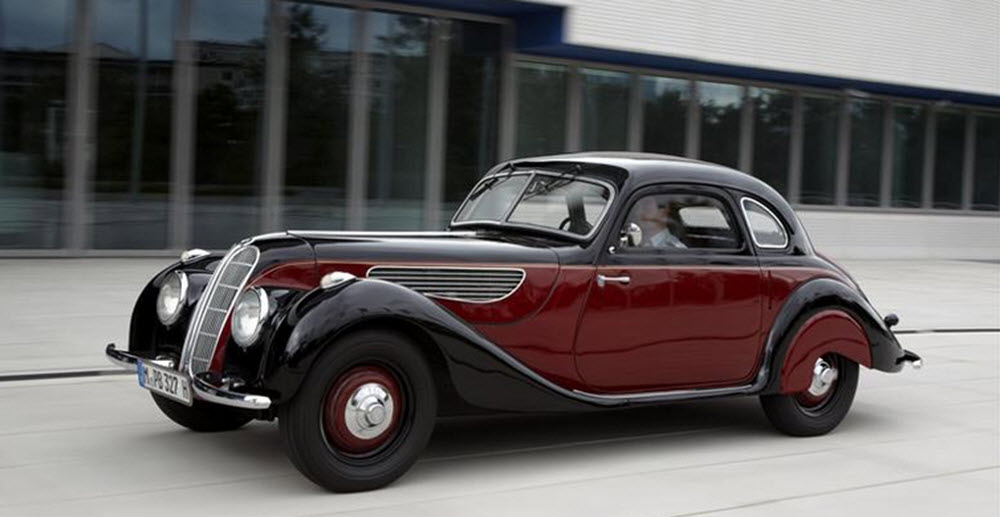 The first BMW 327, a cabriolet, was launched in 1937. The following year, a fixed head coupé was added to the lineup.

The BMW 327 was based on a shortened version of the chassis for the BMW 326 (a medium-sized sedan). In addition to being shorter, the BMW 327 was also lower than the 326 sedan. Yet, you could definitely see similarities between the two, such as the distinct “BMW grill” and the aerodynamically streamlined shape.

The BMW 327 was assembled in Eisenach, a city that a few years after the end of World War II became a part of the newly formed East Germany (DDR). The BMW automobile factory had only been partly destroyed during the war, so production could be resumed pretty quickly once the war was over. This included assembly of the 327 cars. The Soviet Union, who was in control of the area, did not wish to return the Eisenach factory Bayerische Motoren Werke (BMW), a company headquartered in Munich, in West Germany. The cars produced in the Eisenach factory after the war were therefore not under the control of the BMW company. BMW protested against the continued use of the BMW brand for such cars, and in 1952 it was decided that cards produced in the Eisenach factory would be badged EMW (Eisenacher Motoren Werke) instead of BWM. The badge was also changed from the blue and white roundel associated with BMW to a red and white roundel. It is unclear how many of the 505 post-war 327s that were produced before the badge change.